GridCarbon app updated to include solar

One of the benefits of appliance-level disaggregation is the potential to provide deferral suggestions, e.g. consider running the dishwasher later in the day. Such deferral suggestions are typically motivated by either cost (in the form of time-of-use tariffs) or carbon emissions (different power stations are active at different times of day). To help visualise the latter, Alex Rogers (my PhD supervisor) and I released the GridCarbon app, which tracks the carbon intensity of the UK electricity grid in real time. 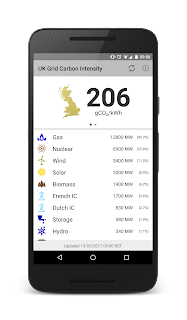 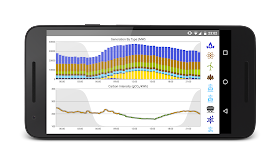 GridCarbon primarily functions as an educational tool, and aims to visualise and communicate the current status of the UK electricity grid. Our goal is to make this information easily accessible so that it becomes common knowledge, and encourages informed debate about the future of our electricity infrastructure.
Oliver Parson at 09:36 No comments:
Share
‹
›
Home
View web version